Fraser Island was amazing, that’s all I have to say really!
I decided to go on a 10 Day Tour (link to the exact one) with a company called G Adventures, who provide tours all around the world. I thought that this would be a lot easier for me as I had been very stressed recently and means that I didn’t have to book anything like hostels, attractions..
Our tour started from Brisbane and made it’s way up to Cairns. I will be posting photos from each place as we moved on, throughout the week hopefully!

We got to ride in a 4X4, have a scenic flight of the island and swim in every area of water possible!
As soon as we got to Fraser Island, there was a massive rain storm, but that didn’t stop us from doing anything! We immediately jumped into Lake Mackenzie and had a swim and ball game in the rain!
After that, we went to find our campsite where we had the cutest tents (more like, trailer tents than actual ground ones!) and started to have our group meal!

On the second day, we started off bright and early and got to Eli Creek before any other tourists! We got into our bikinis and headed off to swim down the creek several times! It was such a great experience with everyone, even though it was a little cold! After that, we decided to have a quick swim in the sea too (which afterwards, on a plane flight which I will mention later, we saw sharks from the plane). 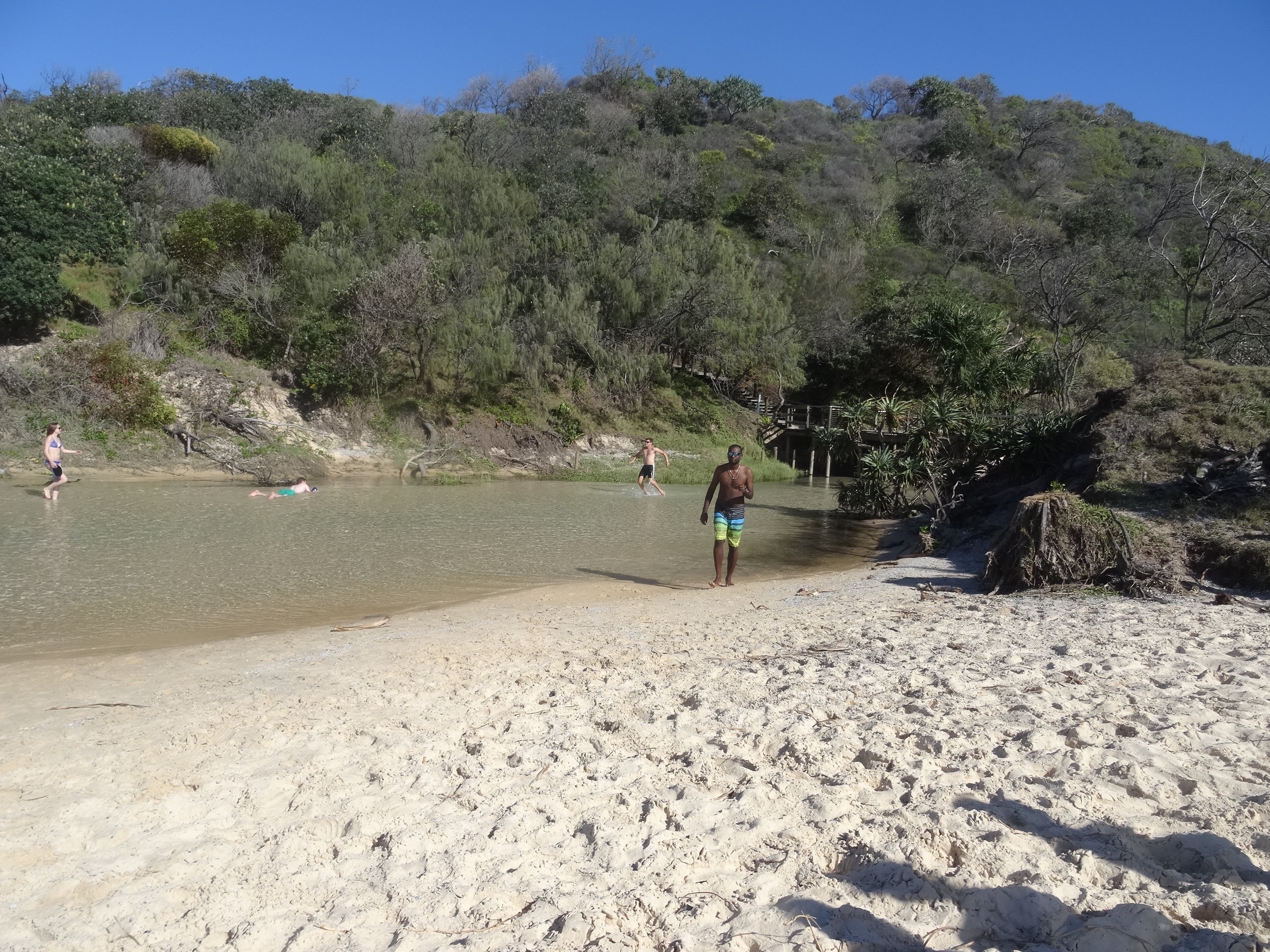 The scenic flight was optional ($50) and it was definitely worth it! It was so great, we got to see what the middle of the island looked like, saw some sharks in the ocean and got some incredible footage!
We then got back into our 4X4 and decided to do a few stops at the shipwreck, some lookouts and Champagne Falls (which I’ll talk about later). 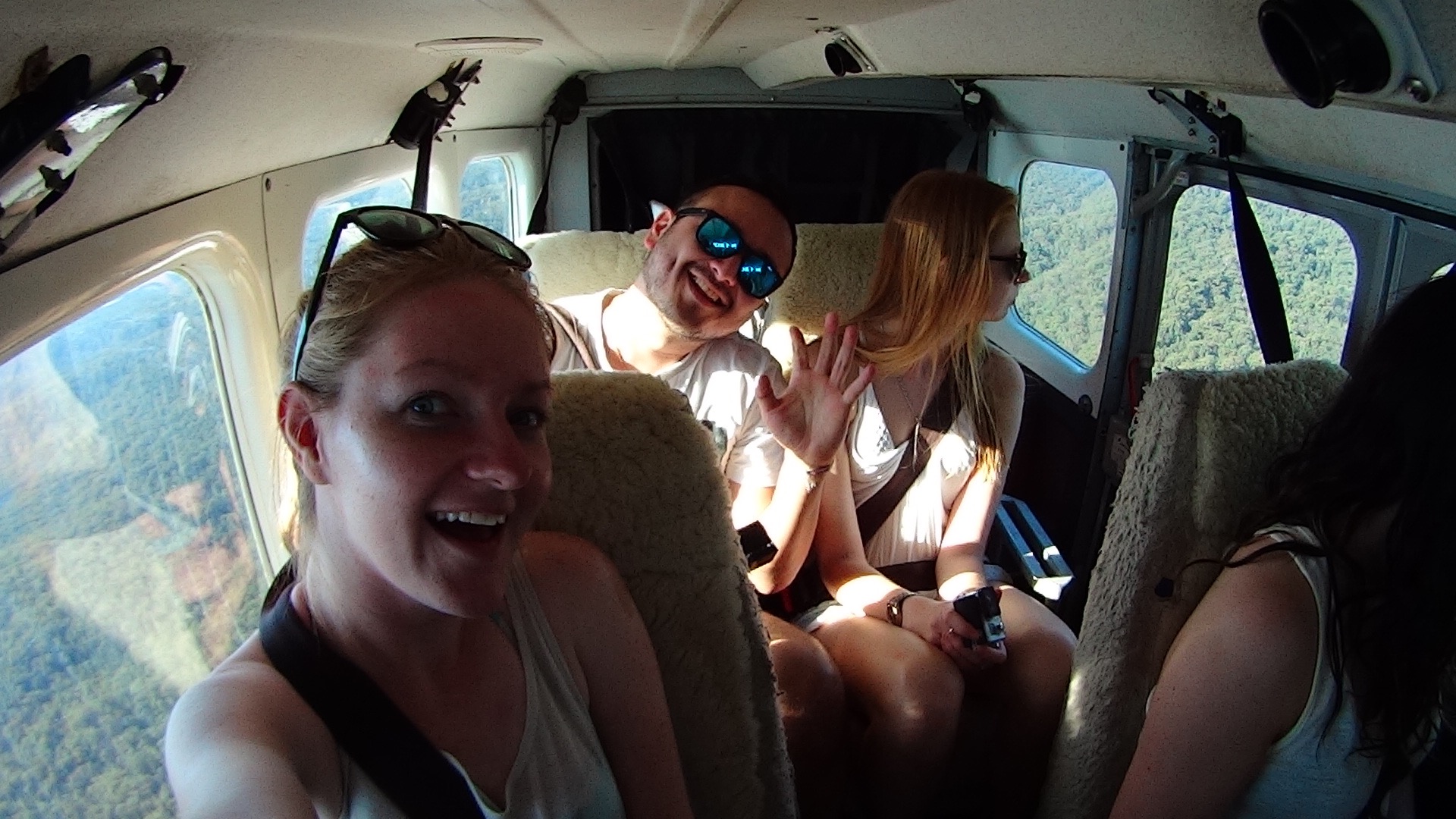 We visited the shipwreck, got quite a few photos and footage taken and some group photos and then we headed off to the other lookouts! Firstly, we saw The Pinnacles which was so pretty as it tends to change colour with the weather. Then we headed up to the edge of the island to look out which was beautiful, such a lovely lookout! And finally, we went for a paddle in Champagne Falls which was really pretty as it was just like a massive rock pool on the side of the ocean, which has deeper parts to swim in too!

We then had a bit of a wild night at the camp site, which involved a little bit of alcohol, dancing, stir fry and camp fires!

That is the basics about our Fraser Island trip, which I’ll be more than happy to expand on if anybody wants more information! Although, I must say, we saw so many different animals on this 3 day trip to Fraser Island! We saw Dingoes, Whales, Turtles, Sharks, Goannas and some spiders too!

I have just edited my Youtube video from Fraser Island too, so look out for that when I have internet that’s good enough to upload it for you! 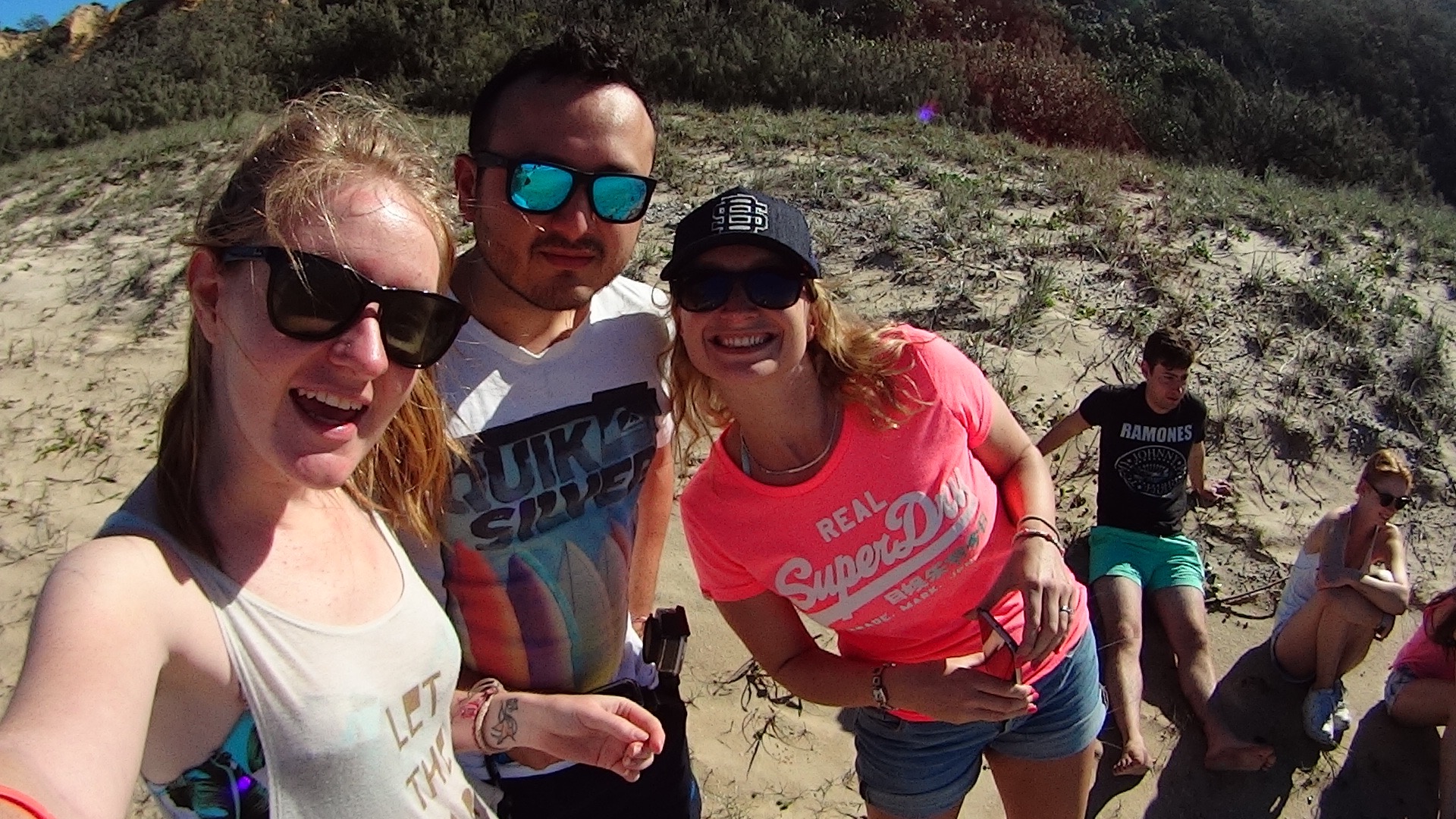 Have you been to Fraser Island? Or travelled with G Adventures before?
What’s your favourite journey that you have ever done so far?
xx